Basic roof framing can be automatically generated and then modified manually. 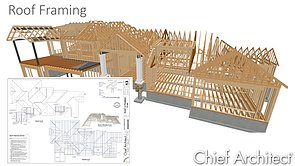 In Chief Architect, roof framing is directly related to the way you build your roof and the roof's properties. Many roofs today are truss framed and designed by a third party. You may want to quickly build the roof's framing to create a 3D view; but, what if you need to show a section of a house with a specifically engineered truss? We'll discuss these and other roof framing details in this session. [NKBA .1 CEU]

Check Retain Wall Framing to preserve the framing of the selected wall when the wall framing is globally rebuilt. 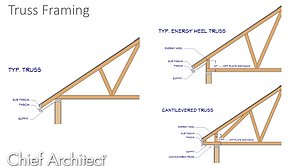 Framing with a Truss Roof System

Standard and energy heel roof trusses are drawn manually, and created where roof and ceiling planes already are present. 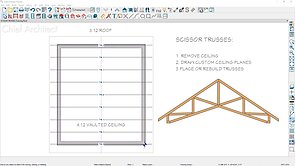 Trusses drawn between roof planes and sloping ceiling planes of a different pitch than the roof are called Scissor trusses.

Control all of the structural layers for your roof assembly.

Use the Roof Overframing settings to create a shoe plate for rafter overbuild scenarios. 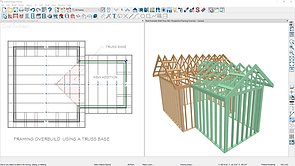 Framing an Overbuild Using a Truss Base

A Truss Base is a closed polyline that defines the area in which valley fill roof trusses are to be built across and above the tops of normal, full size roof trusses. 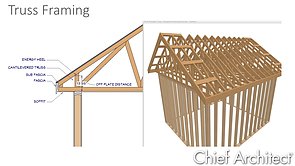 To create a cantilevered truss system, you need to use Raise off Plate when building your Roof. 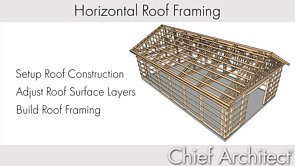 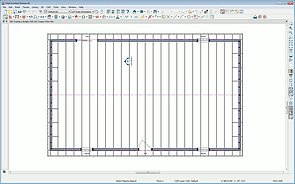 Framing a Skylight Well with Trusses

Adjust the framing manually in order to create an opening for a skylight well. 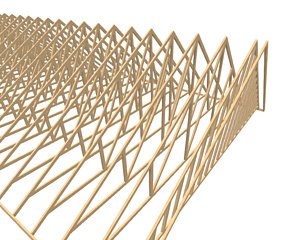 Framing and Bracing a Truss Roof System without Lookouts

Lookouts and blocking are easy to remove if your truss system does not require them. 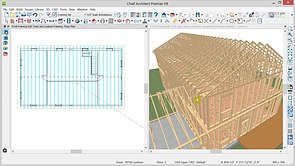 Learn how to adjust lookout on center spacing for lookouts and view truss details in this video. 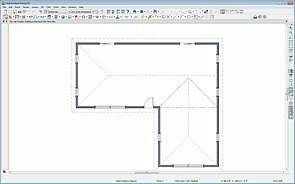 Step Down hip roofs are the quickest style of hip truss framing to produce. 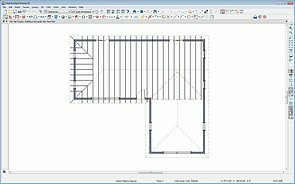 Sub-girders are the partial trusses that butt into the doubled truss at the end of the main run. 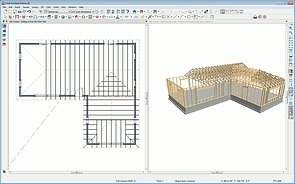 Modify a truss to allow rafters to cross over the top chord. 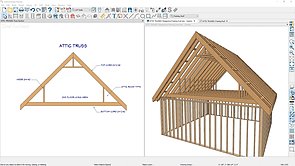 Attic trusses, a variation of roof trusses, can be drawn if a plan contains an Attic area on both sides and above an upstairs room, such as in a Cape Cod style home.

Discover how to use polyline solids to create a custom Timber Frame Truss.