The following are videos recommended by our Training team; these videos reveal useful tips and new features on a variety of topics. 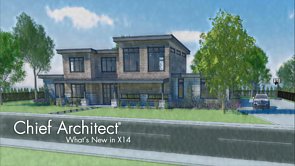 Features added in this release of Chief Architect 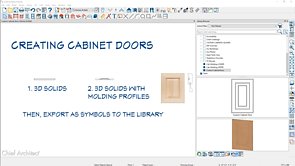 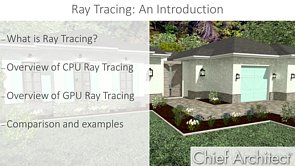 This is the start of the Ray Trace video series. It discusses what Ray Tracing is and goes over the differences between GPU, or Real Time Ray Tracing, and CPU Ray Tracing. 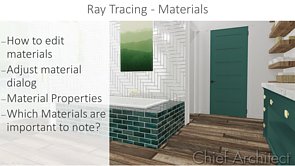 This video is the second in the Ray Tracing Video Series. It goes through adjusting material properties with the goal of making them more realistic for Ray Traced views. 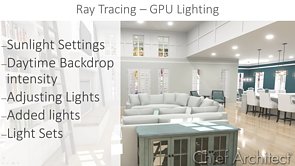 This video is a part of a series of videos on Ray Tracing. It covers the lighting properties relevant to a GPU, or Real Time Ray Trace, including adjusting the sunlight, the daytime backdrop intensity, adjusting individual lights, and creating light sets. 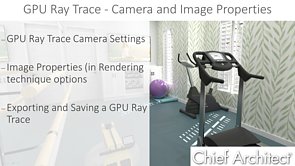 This video is a part of a series of videos on Ray Tracing. It covers the rendering settings contained within the camera view, as well as the Physically Based rendering technique options. Also shows how to save/export an image to your computer. 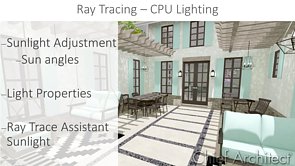 This video is a part of a series of videos on Ray Tracing. It covers the lighting properties relevant to a CPU Ray Trace, including adding a sun angle, light settings, and the lighting and sunlight settings within the Ray Trace Assistant. 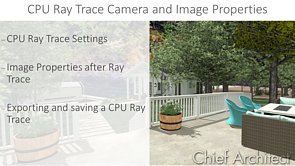 This video is a part of a series of videos on Ray Tracing. It covers using the CPU Ray Trace Assistant, editing Ray Trace configurations, and image properties for a CPU Ray Trace. It also shows how to save the image to your computer.

Create a brick ledge for a slab foundation, crawlspace or full height foundation 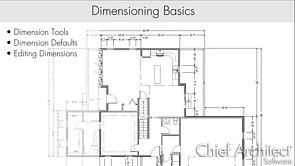 Dial in your project using the Temporary, Manual, and Automatic Dimension Tools. 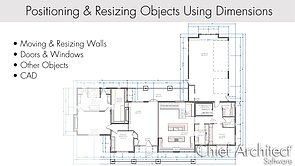 You can place your walls in exact positions using dimensions. 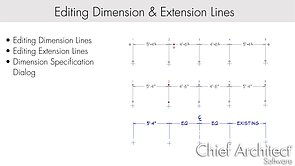 The location and appearance of your dimension lines and text can be easily edited. 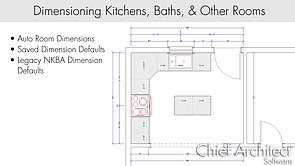