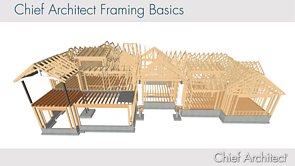 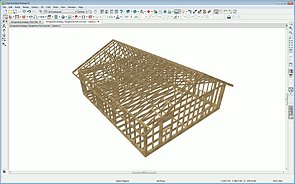 Framing can be produced either automatically, manually or by a combination of both. It can be extensively edited, displayed in camera views and calculated to the Materials List. 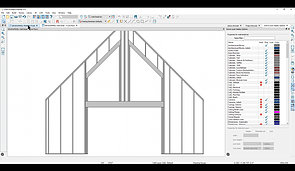 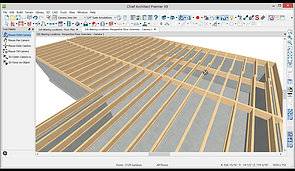 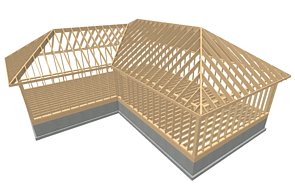 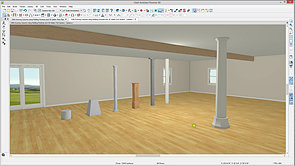 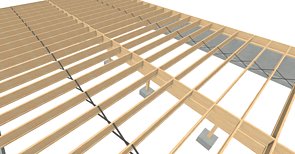 Roof, wall, and joist blocking can be drawn manually. 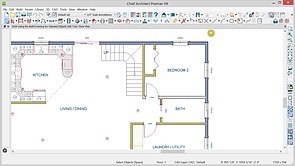 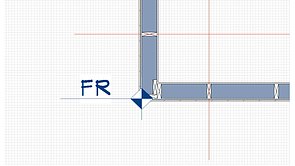 Framing Reference Markers are reference points that specify how to lay out automatically-produced framing. 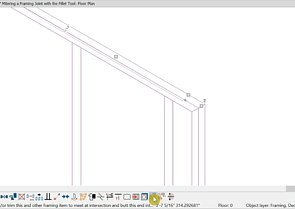 Mitering a Framing Joint with the Miter and Join edit tools

Mitered joints can be created using the Miter and Join edit tools. 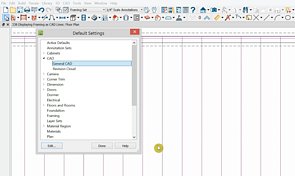 Check Use Line for Framing in CAD Defaults to show all framing members as single lines rather than as closed polylines in floor plan view. 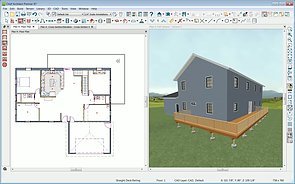