The information in this article applies to: 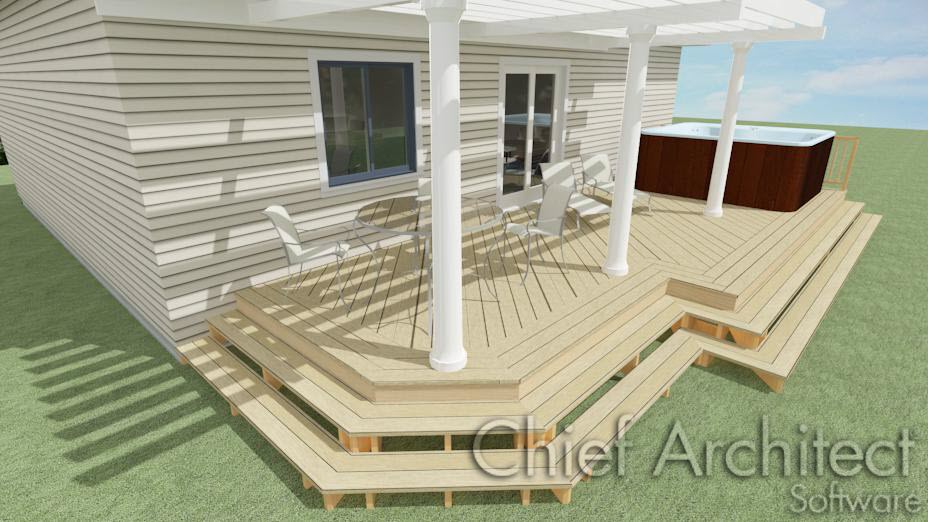 When a Deck room is created, the floor platform is modeled using joists, beams, posts, and planking as specified in the Deck Room Type Defaults dialog.

Note: To modify the Joist Depth, go to the Structure panel of the Room Specification dialog, and click the Edit button next to Planks, Joists.