Apply molding profiles to rooms, or manually draw in molding polylines for custom moldings. Convert 2D shapes into a variety of 3D objects. 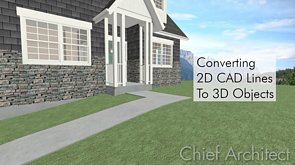 CAD lines and polylines of any shape can be converted to 3D objects easily. 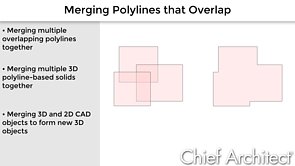 Use the Polyline Union edit button to combine two or more closed polylines or solids into a single object. 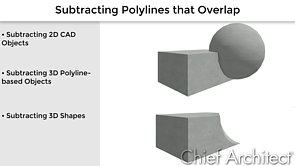 Use the Polyline Subtract edit button to subtract the area of one object that overlaps another object of the same type to create a third, new object. 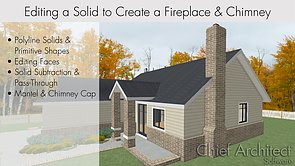 Editing a Solid to Create a Fireplace and Chimney

A variety of objects can be created using solids and shapes. In this video we edit a polyline solid into a fireplace with chimney. 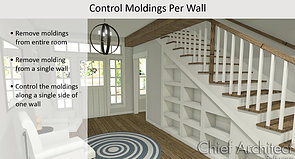 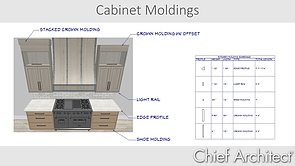 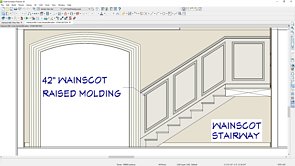 Design Wainscoting for Walls and Stairways 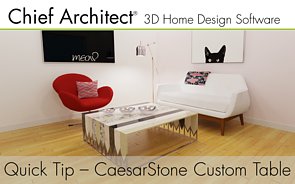 Polyline Solids are easy to use 3D modeling tools that can allow you to design custom items, including furniture pieces. Learn how to use these tools, along with CAD editing, to create a coffee table and then convert the design into a Furniture symbol. Save it to your Library Catalog for reuse later.