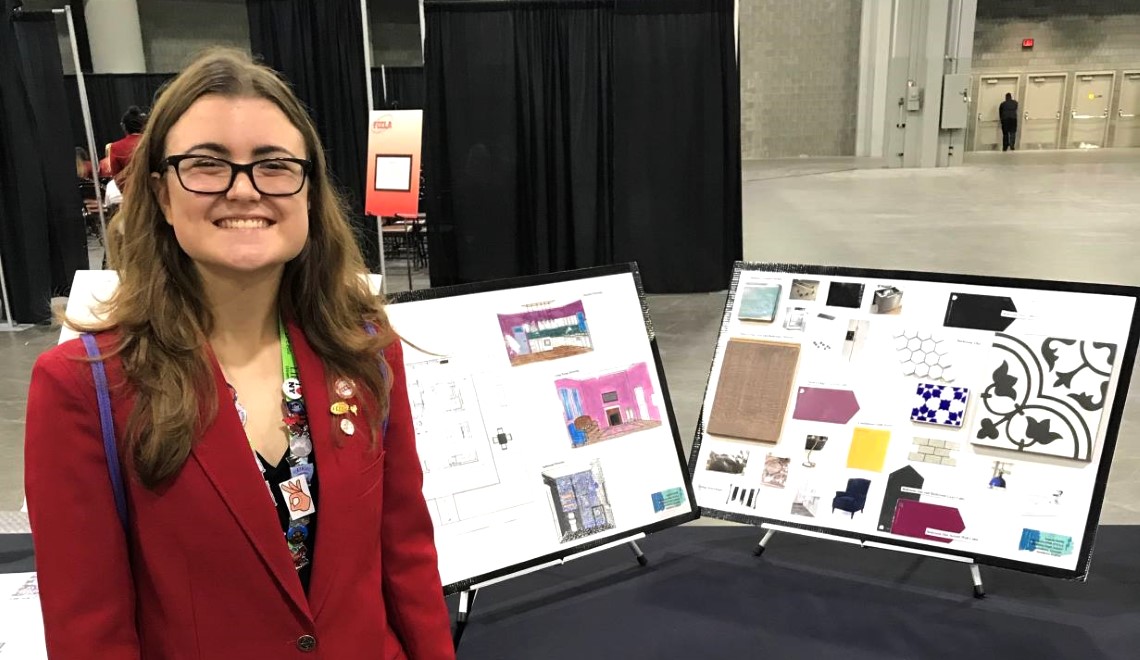 Angela’s passion for Interior Design has grown through her years participating in the Family, Career and Community Leaders of America (FCCLA) and the National Leadership Conferences. 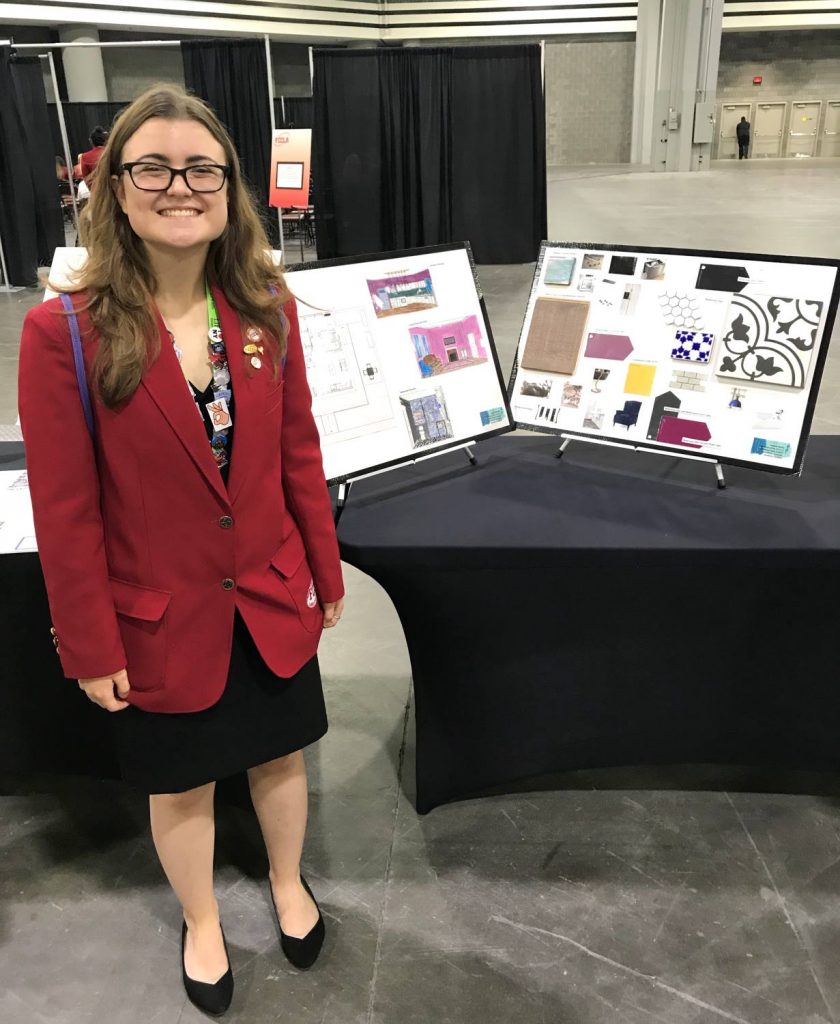 Angela with her interior design boards that she designed using Chief Architect.

“I’m a senior at Statesboro High School. I am also Statesboro High School’s FCCLA Chapter President. My love for interior design started when I was really young. During summers and weekends, I spent time with my grandma who worked for a designer but worked on projects herself. My grandparents had two hobbies: restoring furniture and antique shopping. With all these things combined, it made me into the person I am, striving to create a career for myself out of it. Unfortunately, my school doesn’t have an Interior Design program, so I’ve had to find different outlets to express my creativity as a designer and to also build my skills in order to be a great designer in the future.

“My sophomore year of high school, I took a construction class to understand architectural viewpoints of the process and to also gain knowledge of the work site while during my junior year I took an art class in order to understand an artist point of view and to broaden my artist skills. This past school year I have also been working with a local Interior Designer who has been walking me through the design process and giving me advice as to what I should do to prepare for college as an Interior Design major and what to do during college.

“I originally joined FCCLA as a freshman because I thought it was a great student organization to be a part of and it would get me to do something, but it has also given me so many amazing opportunities especially at the beginning of my career that I didn’t know would happen like meeting design professors from the University of Georgia or SCAD, but mainly to expose myself to what Interior Design is like.

“For my competition, I was given a scenario and information of “my clients” of which I had to analyze while staying in lines of the actual FCCLA rubric. I also had to prepare an invoice of whatever the rubric says is required and a Planning Process that basically simplifies my concerns, goals, plans, and results along with providing my boards, floor plan, and elevations.

“When I first competed in Interior Design through FCCLA my sophomore year, I used two to three different design software programs and it was frustrating because those programs weren’t helping or providing me with what I needed which put me behind schedule. I discovered Chief Architect when I made it to Nationals during the summer of 2017 and have since used it for my competition this previous school year. My sophomore year of high school I started at the State Level, which is typically the hardest level to compete at for Interior Design. When I competed at State I had two judges, one of which was a Design professor at the University of Georgia. I remembered walking out feeling horrible and frustrated because I thought I messed up my presentation based off of the feedback I received from my judges. But after I won Silver and found out I made it to Nationals I took that frustration and I worked on my boards the entire month of June to show improvement in my work, which I received Gold for at Nationals that summer.

Using Chief Architect this time for my competition was easier for me and made my work a lot better quality.

“My junior year I had to compete at Regions first, so I had four months to work on my presentation instead of five. This was also my first time using Chief Architect. Using Chief Architect this time for my competition was easier for me and made my work a lot better quality. I also took this year to improve upon the actual boards themselves and what all I included in them. At Regions, I received Gold, proceeded onto State and received Silver, and proceeded onto Nationals again and received Silver.” 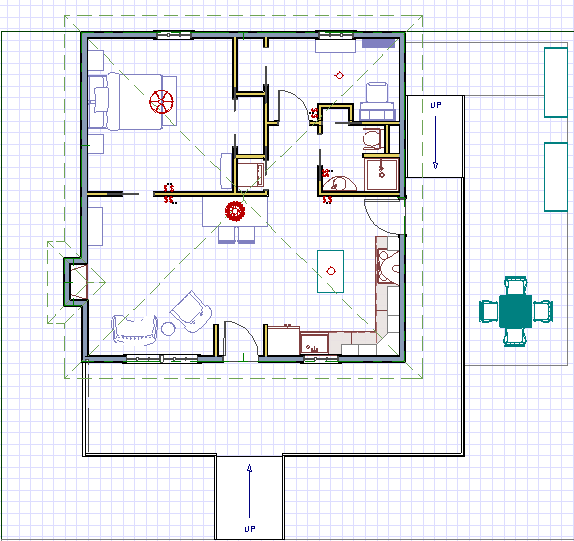 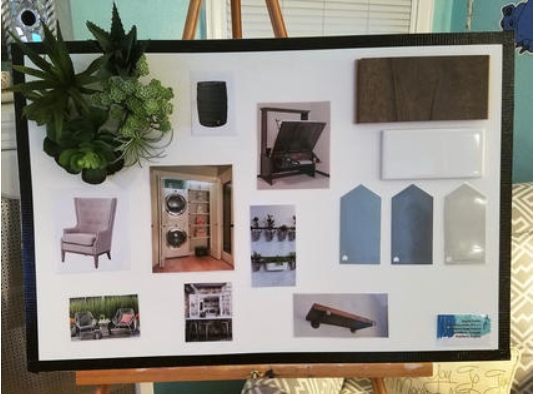 We are honored to be a part of Angela’s design process! We wish her the best in her future endeavors. If you are a teacher or student interested in incorporating Chief Architect into your class work, learn more about our academic software.

Creating Beauty out of the Ordinary 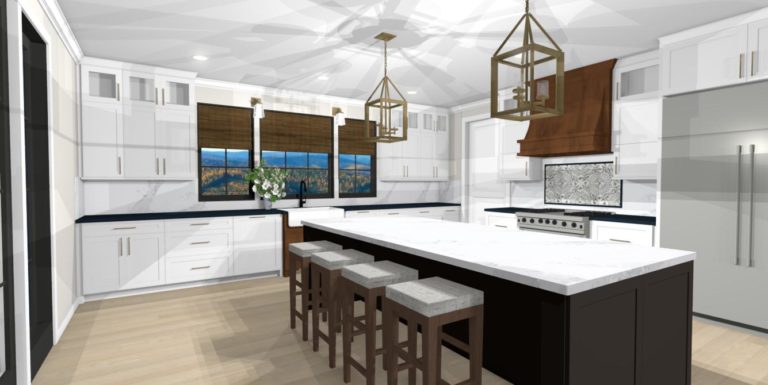