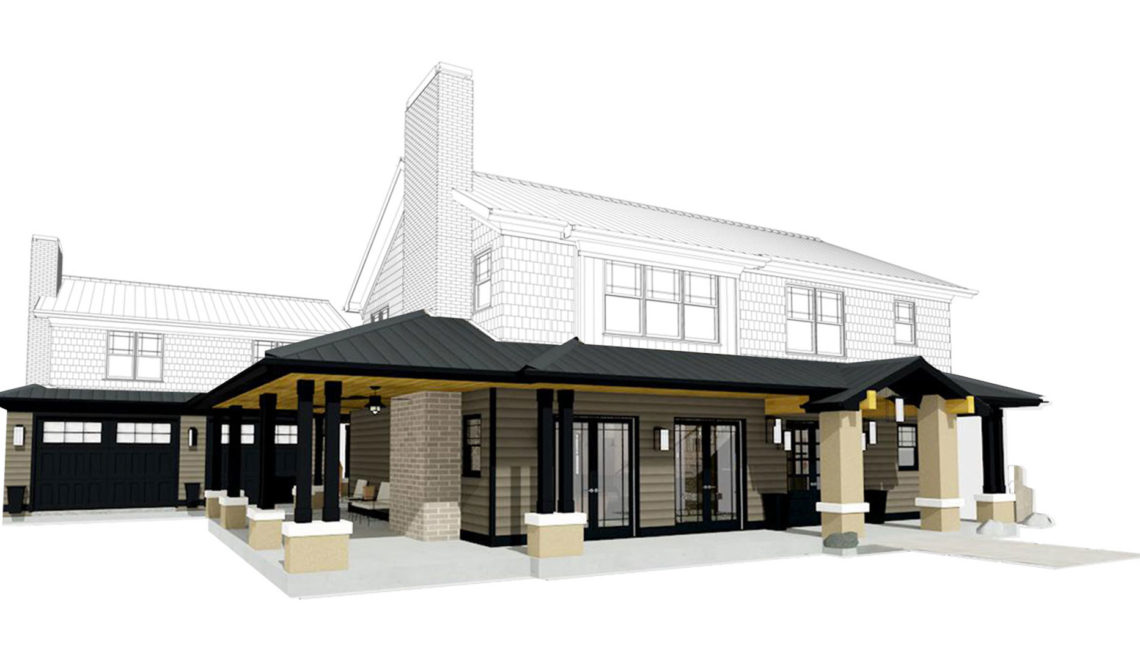 How do remodeling professionals capture as-built measurements?  Paper, Napkin, App, or Laptop software?  Chief Architect software surveyed remodelers and found 75% measure as-built homes by hand using paper and pencil.  The compounding effects of repetition have made this an efficient process. If the system works, why change?

What is an As-Built plan?

The As-Built plan refers to the original condition of the house before remodeling. Remodeling projects and home additions start with as-built measurements, also called red-line drawings or record drawings. It’s vital to map out the as-built plan as precisely as possible.

1) How do you get your As-Built Measurements?

2) How do you import As-Built Measurements into Chief Architect?

3) What is your biggest need for Remodeling software?

1. For Remodeling Projects, how do you get your As-Built Measurements?

75% of remodelers measure as-built homes by hand using paper and pencil from the survey responses.  Less than 8% use software.  Reasons people are not using software vary, but many cite the efficiency of using technology at a client’s home.

There are many specialty apps designed to capture as-built measurements, the majority of people are still finding the most success with taking these measurements by hand and then later importing them into their remodeling software. Remodelers can simply do it faster on paper than struggling with a tablet app and they want to avoid being in a client’s home any longer than necessary.  A detailed checklist for as-built measurements helps to avoid missing key information.  You will find an As-Built Checklist below from David Heimann.

Respondents said they have tried one or more of the various mobile applications designed specifically for capturing as-built measurements. The overwhelming consensus seems to be that these apps can be frustrating because they cannot model real-life remodel conditions, such as misaligned walls, multiple stories, vaulted ceilings, etc.  In fact, Chief Architect discontinued its own Room Planner app because it lacked the sophistication of Chief Architect’s desktop version.  And now that laptops, such as the Microsoft Surface, are easily portable and work with Bluetooth lasers, remodelers have access to Chief Architect’s most powerful software for as-built measurements and conditions.

2. Do you import As-Built Measurements into Chief Architect Software?

Just over 30% of respondents that use software for As-Built measurements import it into Chief Architect. Many manually input the measurements due to compatibility, such as files that are created as images, pdfs or proprietary formats.

3. What is your biggest need for Remodeling software?

The most commonly cited request for remodeling software is help to isolate the “as-built” from “new” in a remodel project.  In the construction drawings, people want to show walls that will be removed or how a new addition will be overlaid on the home.  Some building departments may require the as-built overlay.  A similar overlay in 3D could help the remodeler show the client how the new project compares to the current as-built.  Chief Architect’s reference display can accomplish both of these tasks for overlaying an as-built in 2D & 3D – you can see how in this summary video.

At Chief Architect, we’re always striving to keep up with the latest trends in the remodeling industry, so that we can provide the best remodeling software available. Remodeling software enhancements are an important focus which is why we asked the survey questions and we will continue to ‘remodel’ our software.  Thank you to our customers who took the time to answer the survey questions! Leave a comment below to let us know how you’re capturing your as-built measurements.

Have you ever spent hours on-site only to get home to your drafting table or software to realize that you’re missing key information or measurements? The table below was provided to us from David Heimann at East Wind Designs.

Winners of the 2022 Design of the Year Contest

How to Choose an Interior Designer

I have tried using Room Planner with a Bosch laser measuring device. In fact I spent $800 on a tablet in order to do so. It’s good that Chief has discontinued Room Planner, because it was cumbersome, inaccurate, and didn’t yield useful results. Now, I take my Bosch, my assistant (husband), and paper and pen. I work from a desktop with dual screens…can’t carry that into the field. Maybe if/when I buy a laptop…but unlikely I’ll do that.

Thank you for your feedback, Viki. We appreciate your input.

Great post! Thanks for sharing the knowledge and keep up the good work.

My kingdom for a fast way to walk through a house, measure it with scanning technology, and import it into Chief.
It currently takes me 2-3 hours PER FLOOR to do interior measurements. I am averaging 4-6 hours on each remodeling project just taking measurements (not incl. drive time).
SURELY the technology exists that will do this without a tape or laser tape?

Ted: looks like technology is getting pretty close to be able to do this!
The latest iPad Pro has a LiDAR sensor, and apps are starting to come out to quickly scan rooms that can then be converted into 2D or even 3D CAD models. Some examples:
https://canvas.io/ (seemingly the best, but they charge per room to process so can get expensive)
https://www.locometric.com/roomscan (not as comprehensive options but much cheaper, and apparently integrates with Bluetooth laser measures).

Anyway – not endorsing either of those (and I’m not sure how easy it is to import their outputs) but it’s cool to see what people can do already – I have heard iOS14 will have even better LiDAR support so expect to see more of these in the near future.