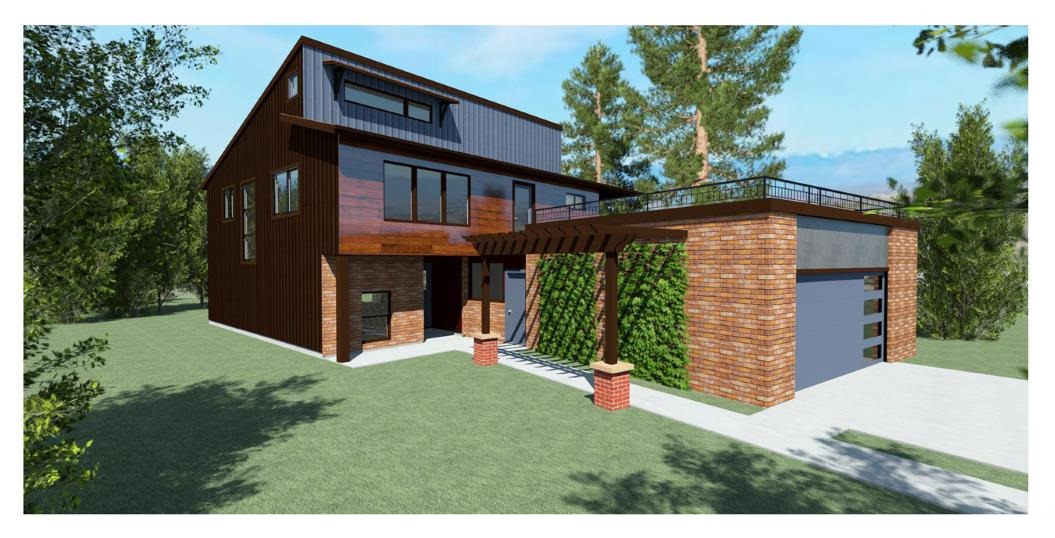 Eric, an Idaho native, places third in the Chief Architect Remodel/Addition Design Contest. His artistic talents were a perfect fit for a career in home design.

“I was born in Pocatello, Idaho and then moved to Idaho Falls and lived on the family farm and worked with my father who flew airplanes and was a metal fabricator. I took on a job as a laborer that placed me in the building industry framing houses and building cabinets. I was very intrigued by the plans that we worked from. I am an artist and planned to go to college in Boise, Idaho to study Art, Advertising and Design. To pay my way through college, I worked construction at various levels including building houses.

“I eventually started my own company and found myself enjoying the designing process and started hand drafting our projects. Clients would often rely on me to help explain what they were looking at when we were studying the floor plans and elevations. I realized that most people I worked with had a difficult time understanding what they were looking at when viewing 2D plans and elevations. I started trying to hand draw in 3D but the time involved was prohibitive.”

” I discovered Chief Architect’s 3D Home Architect product in the early ’90s… which later became Home Designer. At first, learning the program seemed daunting, but as time and practice moved forward, so did the skill set. It was amazing to see clients understand what they were looking at. I HAD to master 3D design – visual graphics. I started creating my own textures and objects so that I could better portray what I wanted our clients to see. Chief Architect is nearly the perfect platform to do this.  We now know that if clients can see it…they will do it once you align design with a budget.

“When I worked with Strite Construction in Boise, Idaho, I spent nearly 3 months on an 18,000sf project and we were very close to presenting the final design and proposing the numbers to sell the job… just before the proposal I received a call that my father died unexpectedly… I had to leave and could not be there for the meeting.  My colleague said that the client did not like the cost and decided not to move forward.  The client stood up and noticed my plans sitting on a table behind him (which they did not use in the meeting).  They were in the corner, 20+ sheets printed 36” x 48” just sitting there.  I had them printed before I left town.  The client opened the plans and slowly reviewed every single page…everyone sat quietly, waiting…watching.  Finally, after an eternity the client said, “you have really spent a lot of time on this, it is very detailed… you guys are serious about this project.” Everyone nodded.  Then he said, “What the heck, let’s do it!” Because he could see, because he could visualize it, he changed his mind from a no, to a yes.”

Eric’s work is truly outstanding. Make sure to connect with him at Hoff Design Build and view more of his designs below.